The world as it stands today: A small Kingdom cut off from the rest of the world by high mountains and desolate wastelands. The Wizard who sealed the mystical Crown of Command behind the Portal of Power many centuries ago is dead. Ever since his death, the lands of the Realm have become more and more dangerous as monsters slip in from beyond the wastes. It is time for heroes to take action and save the Realm from encroaching darkness! Like in the board game, the fantasy in Talisman Adventures features evil wizards, imps, witches (that turn you into a toad), werewolves, knights standing on bridges, dragons and much more. Players will take on the roles of humans, elves, dwarves, ghouls, sprites or trolls to travel The Realm, fight evil and - of course - search for Talismans.

Most tabletop role playing games, including Talisman Adventures, use simple dice rolls - called a Test - to determine the outcome of their actions; this can be anything from tracking a goblin through the forest, to picking a lock, to fighting a dragon.

To play Talisman Adventures, you need three six-sided dice. One of the three dice is called the Kismet Die, which influences the player's Fate, because if a 1 or 6 is rolled on this die, it may have additional impacts on the result! 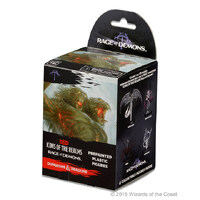 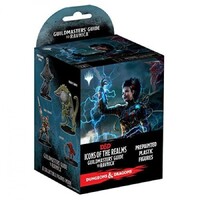 D&D Icons of the Realms: Tomb of Annihilation Dungeons and Dragons - Icons of the Realms: Baldur Dungeons and Dragons - Icons of the Realms: Starte