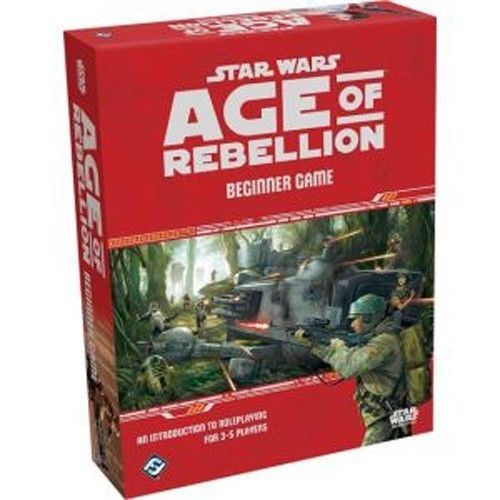 The Star Wars: Age of Rebellion Beginner Game includes all the components that up to five players need to enjoy adventures in the Star Wars galaxy. A four-page intro sheet starts new players on the path to roleplaying adventure with a brief overview and example of play. Then, the 32-page learn-as-you-play adventure book includes thorough explanations of the rest of the contents. As an additional reference, a 48-page perfect-bound rulebook presents the game’s mechanics in a convenient format.

The Star Wars: Age of Rebellion Beginner Game also includes four character folios (described above) and one full-color, double-sided foldout map. One side features the Whisper Base (the base that serves as the adventure’s primary setting) and images of the base’s launch pad, with its comm tower, and the surrounding jungle on the other side.