On the 5th anniversary of the release of the best-seller by Richard Garfield, King of Tokyo gets a facelift with a new version, entirely redone by a group of artists* lead by Régis Torres, who previously illustrated the Halloween expansion pack and King of New York.

In addition to these exclusive illustrations, this new version will have a new rulebook that was reworked to be clearer, as well as two new monsters: the ever-so-popular Space Penguin (the original version, highly sought-after by players, was only available through tournaments) and Cyber Kitty.

The King, Gigazaur, Meka Dragon, and Alienoid, still defending their territory, have also benefitted from a makeover. The changes are purely aesthetic changes: the rules of the game and Power cards remain unchanged

In King of Tokyo, you play mutant monsters, gigantic robots, and strange aliens—all of whom are destroying Tokyo and whacking each other in order to become the one and only King of Tokyo. At the start of each turn, you roll six dice, which show the following six symbols: 1, 2, or 3 Victory Points, Energy, Heal, and Attack. Over three successive throws, choose whether to keep or discard each die in order to win victory points, gain energy, restore health, or attack other players into understanding that Tokyo is YOUR territory. The fiercest player will occupy Tokyo, and earn extra victory points, but that player can't heal and must face all the other monsters alone! Top this off with special cards purchased with energy that have a permanent or temporary effect, such as the growing of a second head which grants you an additional die, body armor, nova death ray, and more.... and it's one of the most explosive games of the year! In order to win the game, one must either destroy Tokyo by accumulating 20 victory points, or be the only surviving monster once the fighting has ended. 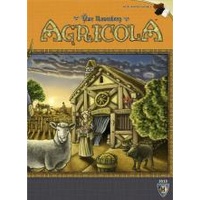 Arkham Horror LCG Dark Side of the Moon

Arkham Horror LCG In the Clutches of Chaos