Dominating the battlefield with their size and firepower, Imperial Knights are towering bipedal weapons platforms that hold no quarter in eliminating their targets – but like anything else, they are vulnerable to the dark clutches of Chaos. The Freeblade Knight once known as the Living Litany is an unfortunate example; nobody knows what truly happened to this once-valiant hero, only that it has renamed itself Litany of Destruction, and has been leaving a brutal trail of devastation in its wake – including the near-annihilation of the legendary Knight Paladin Ever-Stalwart on Tellerax Prime. The Imperial Knight Red Might heads for the Nachmund system with a single goal in mind – hunt down his fallen brother and silence the lunatic dirge of the Litany of Destruction, or die trying!

Put yourself at the controls of a rampaging Renegade Knight – or the valiant Imperial avenger – in this boxed game containing everything you need to pit 2 towering Imperial Knights against each other in single combat. Included in the box:

- 2 Imperial Knight kits, with 1 Knight Warden upgrade frame: with these you can build the Red Might and the Litany of Destruction, with weapon options including gatling cannon, heavy flamer, heavy stubber, reaper chainsword, battle cannon, thunderstrike gauntlet thermal cannon, and ion shield, along with plenty of options for customising the faceplates and armour;
- A Sector Mechanicus Galvanic Magnavent: a scenery piece for the Knights to battle over, made up of 4 frames of plastic components – one featuring the central silo and chimneys, one filled with walkways, one filled with floors and details and one featuring the legs to hold the structure aloft;
- a 24-page softback book containing the tragic tale of the Living Litany and its fall to Chaos, the Imperium’s attempts to stem the tide of carnage it embarked upon and their dispatching of the Red Might from House Taranis;
- Rules for playing Imperial Knights: Renegade, featuring 6 missions;
- Colour schemes for 4 Questor Imperialis houses, 3 Questor Mechanicus houses, and 4 Freeblades;
- Rules for using Knights in games of Warhammer 40,000, including datasheets for a Knight Paladin, Knight Errant, Knight Gallant, Knight Warden, Knight Crusader, and Knight Renegade;
- 2 reference sheets, 1 each for the Red Might and the Litany of Destruction, featuring weapon summaries, damage tables and a reference grid for tracking damage taken;
- 2 6-sided dice and a transfer sheet for each Knight. 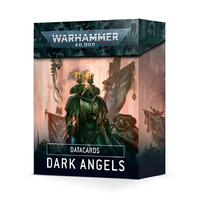